“Why does cast iron have such a huge following in the culinary community?” 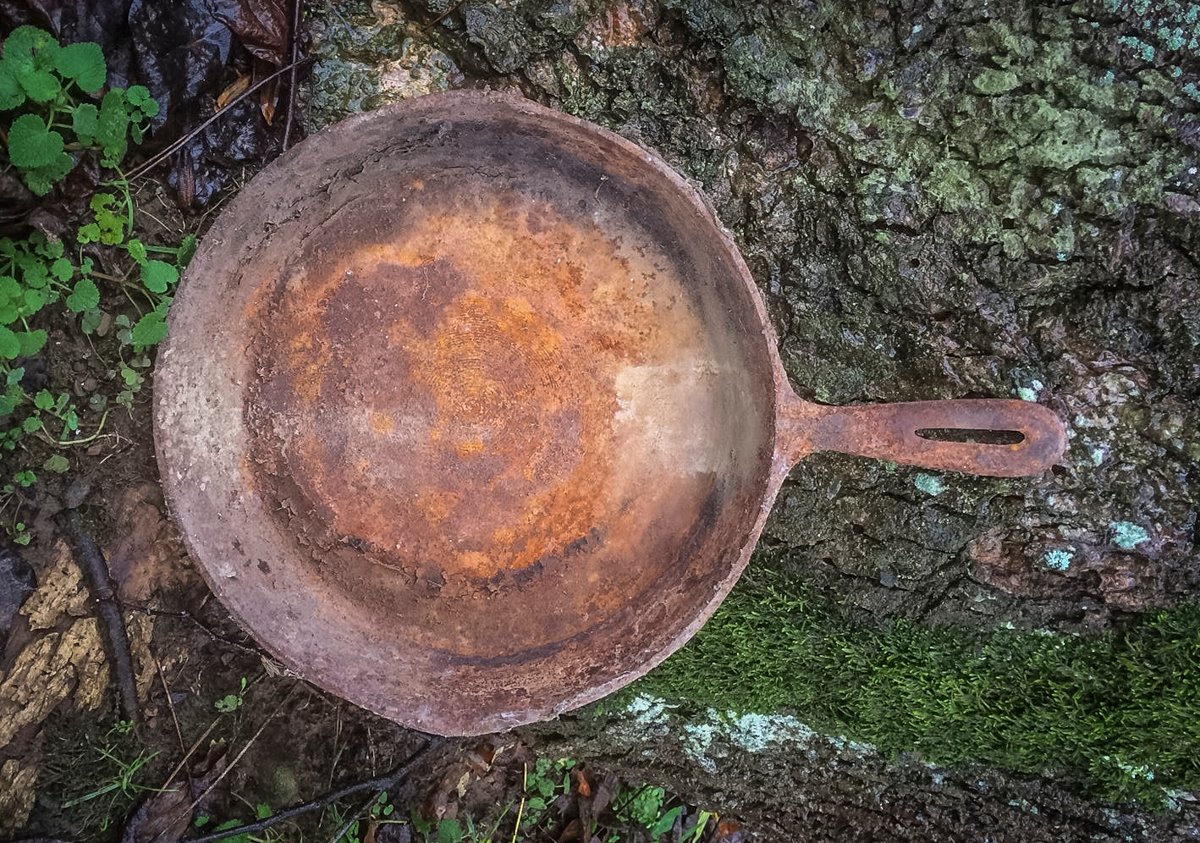 “Why does cast iron have such a huge following in the culinary community?”

The percentage of young people beginning to cook for themselves is ticking up for the first time in over two generations. They are bringing with them an increased awareness and conscientiousness about all ingredients, the concept of which has recently (and rightly) begun including the vessel in which a meal is prepared.

Organic food is a still small but rapidly growing part of the food supply. To those who are not only willing to pay up for petrochemical-free broccoli but have also been disabused of the claims made by loudly branded and heavily marketed cookware about the safety and durability of mass-produced “non-stick” pan linings, pure metal’s appeal as a forgotten ingredient in home cooking is strengthening. Put another way, people serious about cooking are lately much more conscientious about sourcing their meals, and are extending this thinking to their batterie de cuisine.

Cast iron and carbon steel not only perform better than disposable cookware, the iron that migrates into food as it’s cooking is a nutrient in its own right. This gives traction to the idea of pan-as-ingredient. Unique among cooking ingredients, iron and steel will last for centuries with a minimum of upkeep, outpacing even stainless steel laminates. Stamped lightweight aluminum pans lined with polytetrafluoroethylene, phthalates and other petrochemicals (including the “Sol-gel” polymer matrices in so-called “ceramic” linings), all of which migrate into food as well, are the opposite in every regard – toxic, environmentally devastating and short-lived.

Pure metal cookware is, of course, more expensive than disposable stuff. However, rusted antique iron and steel pans are usually restorable to usable condition for very little money, making such pans an easy ingredient to add to the kitchen batterie. The fact that pure metals were the dominant pan type for centuries prior to the disposable era may indeed mark them as somehow more authentic or worthy, but it also means that their displacement by mass-market junk over many decades has resulted in a surplus of old pans that are ready to restore to service at a fraction of the cost of new wares.  It’s actually pretty easy for anyone interested in learning how to cook safely and well to get started.

By the same token, many who buy the solid copper cookware we make got started in the used market, picking up an antique copper piece to be retinned and put back to work. They discover in so doing that cooking on pure tin and copper outperforms the cookware they’d been using by a wide margin. True aficionados of copper are known as “copperheads”, while those who come to swear by pure metal generally go by the sobriquet “metalhead”.

New or used, that iron, steel and copper can be restored to like-new condition is quiet testimony to their worthiness and authenticity as tools, and accounts for much of their evolving popularity among people who increasingly eschew seeing themselves as “consumers”. Once embraced, their performance makes cooking that much easier and the results that much more satisfying.

Finally, we find that the bit of extra attention and care pure metal requires is actually a selling point – good cookware is something with which it’s worth developing a relationship.

This website uses cookies to improve your experience while you navigate through the website. Out of these, the cookies that are categorized as necessary are stored on your browser as they are essential for the working of basic functionalities of the website. We also use third-party cookies that help us analyze and understand how you use this website. These cookies will be stored in your browser only with your consent. You also have the option to opt-out of these cookies. But opting out of some of these cookies may affect your browsing experience.
Necessary Always Enabled
Necessary cookies are absolutely essential for the website to function properly. These cookies ensure basic functionalities and security features of the website, anonymously.
Functional
Functional cookies help to perform certain functionalities like sharing the content of the website on social media platforms, collect feedbacks, and other third-party features.
Performance
Performance cookies are used to understand and analyze the key performance indexes of the website which helps in delivering a better user experience for the visitors.
Analytics
Analytical cookies are used to understand how visitors interact with the website. These cookies help provide information on metrics the number of visitors, bounce rate, traffic source, etc.
Advertisement
Advertisement cookies are used to provide visitors with relevant ads and marketing campaigns. These cookies track visitors across websites and collect information to provide customized ads.
Others
Other uncategorized cookies are those that are being analyzed and have not been classified into a category as yet.
SAVE & ACCEPT