What you should know about cookware linings 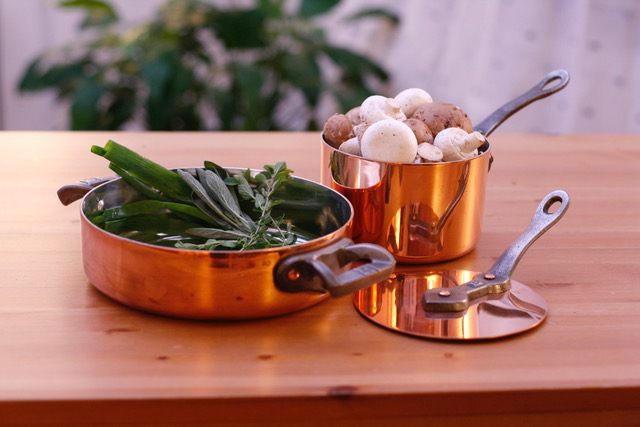 What you should know about cookware linings

Given the subtle reinforcements everywhere (e.g., in recipes: “Using a non-stick pan…”) it’s easy to see how anyone could believe that plastics do everything pure metals have done for centuries just as safely and somehow even better. The success of those messaging campaigns emerged over decades – most people under the age of 60 today don’t remember a time when PTFE (polytetrafluoroethylene, a variety of poly- and perfluoroalkyl polymer (PFA)) cookware didn’t exist. Fib often and long enough and a lie becomes truthy.

Several industries are scrambling to remake the image of non-stick cookware, boldly declaring new “high-tech” linings to be ceramic-based and “PTFE and PFOA-Free!” These are only two of over 3000 different PFA substances, all of which have similar working properties, and few of which have been studied for toxic effects on humans and their environment.

Consider for a moment that the temperatures at which real silicate ceramics vitrify range between 1400 and 1650℉. If it’s an iron pan (melting point 2800℉) you’re looking to coat in ceramic, that will work just fine (as it has for a long time for companies such as Le Creuset and Staub) with about a thousand degrees to spare. The melting point of the typical aluminum pan touting a “ceramic” non-stick surface is about 1250℉. This immediately belies any claim that an aluminum pan lining is ceramic in any meaningful way. However, mixing silicate or metallic powders into any one of a number of “sol gel” paints (silicate or metal oxides suspended in a polymerizing solvent) that can be kiln-cured at ~700-750℉ works to coat a pan without damaging its aluminum body and, helpfully, for making exaggerated marketing claims.

Ironically, under normal heating and cooling the sharp silicate crystals characterizing any ceramic powder act to rapidly degrade the lattice in which they are only loosely enchained (“sintered“), essentially prizing each other apart, resulting in an especially short service life for which “ceramic” coated pans have become infamous. More expensive cookware touting titanium or diamond finishes may last longer owing to multiple layers of sintered filming, but they suffer from the same problem; crystal-infused sintered substrates auto-degrade under normal temperature expansion and contraction (i.e., cooking) stress.

Some 96% of the population of the US tests positive for toxic fluoropolymers, and PFA drinking water contamination is extremely widespread and persistent. We’re not happy about having synthetic petrochemicals colonizing our cell space, much less that of all life on earth, and this is one of the key reasons BCC is taking a different tack with cookware. We take no credit for the idea of cooking on pure metals, it’s simply what everybody did before we were persuaded we could live better through petro-chemistry.

It’s time to start reversing the damage that has been done and continues to be done, and orient on what’s real and good and does the job best while doing no harm. In cookware, this means pure metals – what was high-tech thousands of years ago is higher tech today.